marinetourismtransport –  By The Phuket News 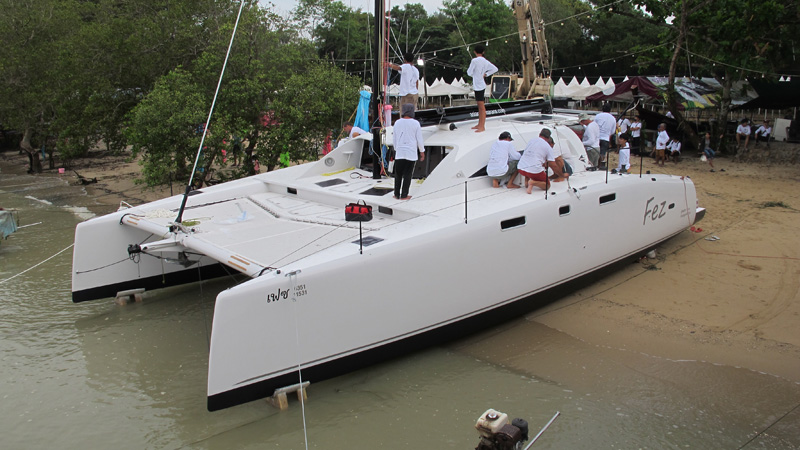 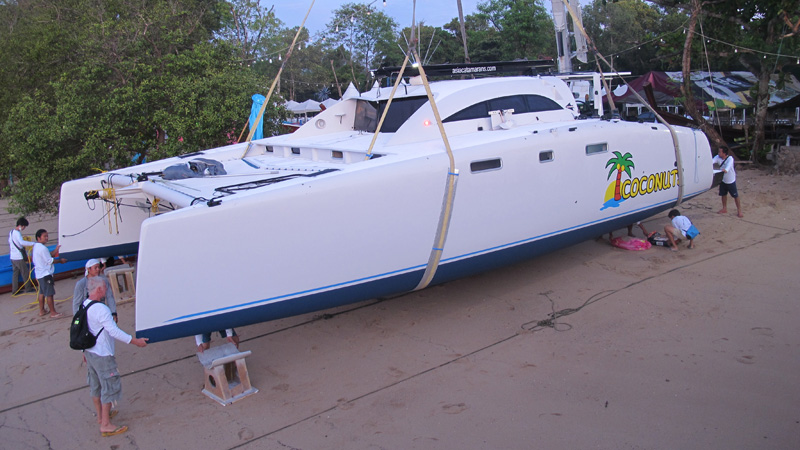 PHUKET: Asia Catamarans, based in Chalong on Phuket’s east coast, has launched its latest Stealth ‘cats’: the Stealth 12.6 sailing catamaran ‘Fez’ and the 12.2-metre ‘Coconuts’.

Asia Catamarans’ latest ‘cats’, the Stealth 12.6 sailing catamaran ‘Fez’ and the 12.2-metre ‘Coconuts’, were both launched earlier this month.
In the early hours of Sept 2, the team moved ‘Fez’, hull number 19, out of their boatbuilding facility to where a large crane was waiting to hoist it to the water’s edge.
Fez was craned onto the beach, the mast stepped and celebrations and blessings were performed. With the incoming tide, the boat floated out into deeper water.
‘Fez’ was designed and built for Java Yachting, based in Krabi, a charter company specialising in IRT sail training and certification.
Like all Stealth cats, ‘Fez’ is a performance cruising type catamaran with excellent performance but with ample accommodation and many ‘mod cons’ to keep customers happy at all times.
The boat is fitted with air conditioning completely running from solar-energised Lithium Ion batteries with no need for a generator.

The boat features a carbon-fibre mast and boom for increased sailing performance and large fully retractable 30hp outboards to propel the boat at over 12 knots under motors.
Just 24 hours later, Asia Catamarans repeated the same procedure and launched Stealth number 20, ‘Coconuts’.
The 12.2 metre ‘Coconuts’ was built for expats Alan and June Carwardine and will be cruised through Asian waters over the next many years while still competing in as many regattas as possible, something that has become a part of both the owners lives.
‘Coconuts’ is more performance-oriented than most Stealths, with a large effort going into weight saving in every way. The boat is 80% carbon fibre, but boasts many creature comforts to make cruising that much more enjoyable.

In these difficult times Asia Catamarans were lucky enough to sign 2 new building contracts over the last month.

A new Stealth 12 sailing cat contract was signed by an Italian couple for a start date of August 1st this year and launching in April 2021.
After sea trails the boat will be shipped to The Med where the boat will spend her life cruising the lovely waters and countries of the Mediterranean. The new owner is himself a highly qualified Naval architect giving great kudos to the Stealth designs.
Given the incredibly tough times the Italian people are having it is great to see some of their countrymen planning a healthy and enjoyable future.

A new Stealth 13 sailing cat contract was also signed for a family based in Germany.
The new owners plan to leave their catamaran here in Thailand for a year or so enjoying the great cruising grounds and lifestyle on offer.
The cat may be shipped to Europe at a later date but that may depend on how they enjoy what is on offer locally.
The unique feature this Stealth cat will have is a full electric propulsion system using 2 x 10 kw water cooled electric motors driving shafts with folding props.
Fitted to the roof and dinghy davits will be as many solar panels as possible while 2 x large banks of Li batteries will power the boat.
A lot of emphasis will be placed on the ability to regenerate power from the propellers when sailing as it is not an issue for a Stealth cat to be sailing at good regeneration speeds in low wind strengths minimizing the need to use a generator though a small version, as back-up, will be on-board.
A lot of thought and energy will go into keeping this new cat as light as possible to keep the electric propulsion system as efficient as possible, something many electric driven sailing cats do not seem to focus on and something at which Asia Catamarans do excel.
A very exciting project indeed and one that Asia Catamarans has been looking forward to for many years now.

Thinking about e-boating – talk to us!! 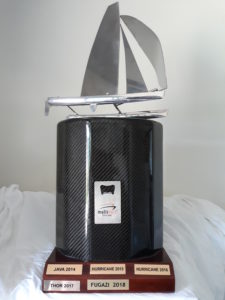 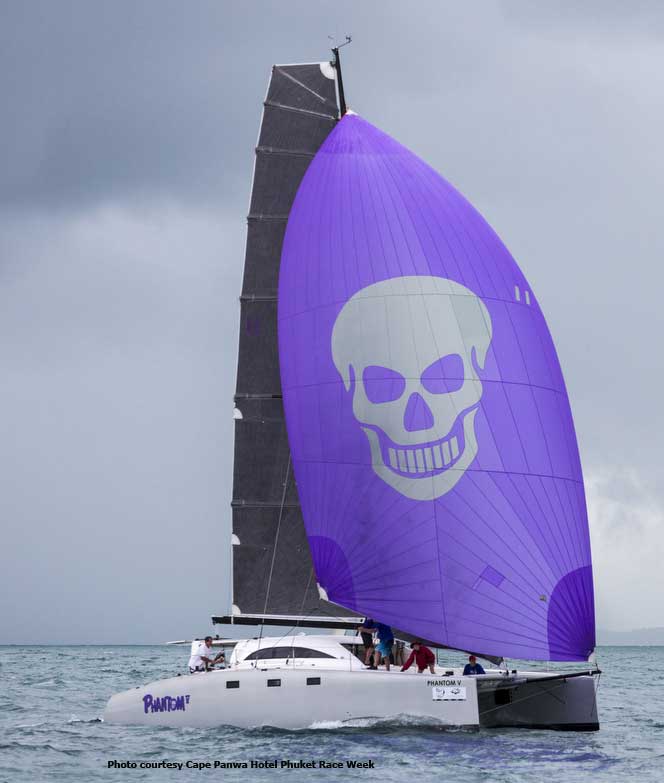 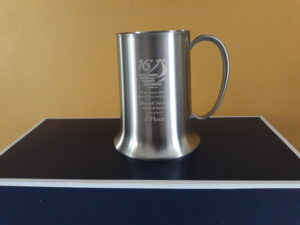 This is the 6th time a Stealth Cat has won this highly acclaimed regatta!