What people say about Asia Catamarans

Peter Wilcox the owner of the 2018 Stealth 12, ‘Cosmo‘ based on the Australian east coast had this to say  –

Roger, Alan and the boys at Asia cats have created a beautiful boat which is so versatile, satisfying the racing ego as well as the cruising family. Plenty of room with full amenities and easy enough to handle when shorthanded.

(Cosmo completed the Brisbane to Gladstone Yacht Race Easter 2019 and is about to do the Airlie Beach Race Week followed by the prestigious Hamilton Island Race Week.)

From Helen Ruud and David Liddell –

“​Helen and I purchased WOW a Stealth 14GT in 2015 as Blue Water racer/cruiser. The first year was spent in Phuket making sure everything was in hand for wider exploration. In 2016 we started our Blue Water cruising across the Indian Ocean heading for S Africa and the Cape to Rio Race in Jan 2017. The race started very well but unfortunately we broke the daggerboards (we were doing 20 knots in vicious cross seas!) and had to abort to Namibia.  Asia Catamarans were very helpful and supplied new (stronger) boards within a few weeks and I flew back to the boat with them. We set off across the South Atlantic in early Feb arriving in Grenada a few months later.

WOW has proved a capable. comfortable and extremely rapid sailing vessel and we would have no hesitation in recommending the design to others”. 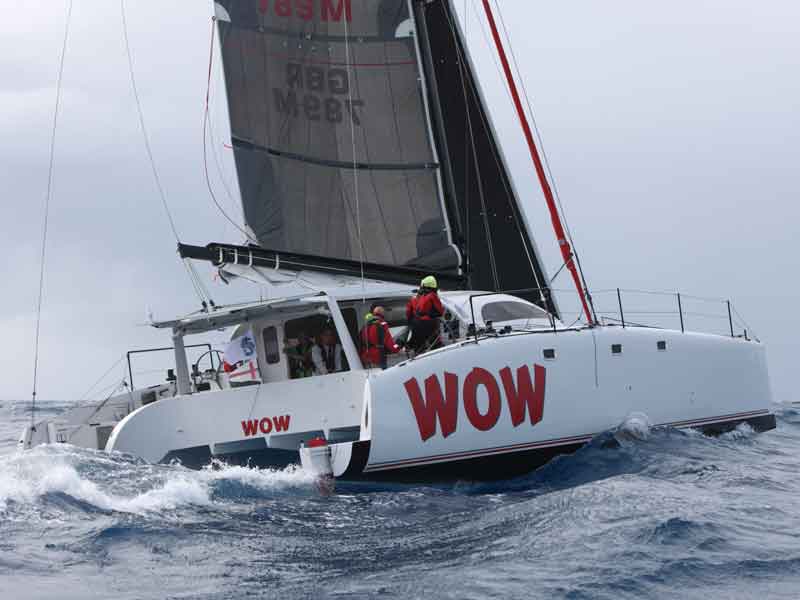 I have owned Java now for 5 years and from the very first day, she has been a delight to sail in this area working out of Phuket and Krabi marinas. She has been mainly privately used but under our Company has also been chartered to experienced cat sailors. All our clients have commented highly on the boat, fit- out, sail plan, versatility and especially the design features that favour tropical sailing.

Other than cruising Java has impressive record of wins and results from the Asian regatta circuit (albeit often second to Hurricane but never far behind!) She can be extremely fast and even in light winds able cover passages between islands rapidly without resorting to engines.

After 5 years of on the water use she presents as new and a real credit to the owners, management and workforce at Asia Catamarans.

Floating homes with a mast as ornament, you do not get here!

Nowhere around the world would you get more boat for your money! 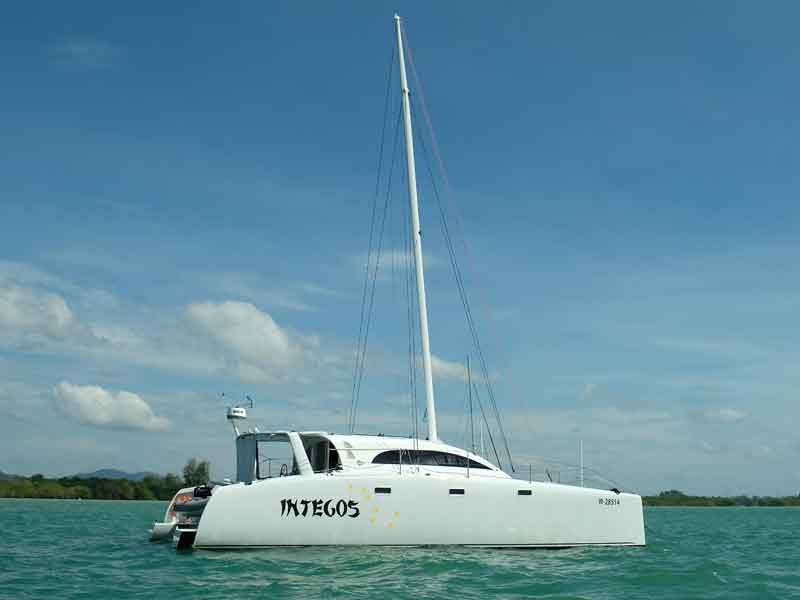